Back in September, I visited a farm on Snake Pass in the Peak District, with a group of lovely beekeepers from Cheshire Beekeepers’ Association. Some of the people from the group took their hives to the farm last August, using their strong colonies to feast on the delicious heather in the rolling purple tinged hills, surrounding the farm.

Suited up, we all walked down to the where the hives had been kept. Smokers were lit and each of the owners started their inspection, talking us through the different sections of the hive.

It made me smile at the ooohhsss and aaarrrhhhs of the beekeepers, admiring the work of the busy bees and the glistening golden honey. 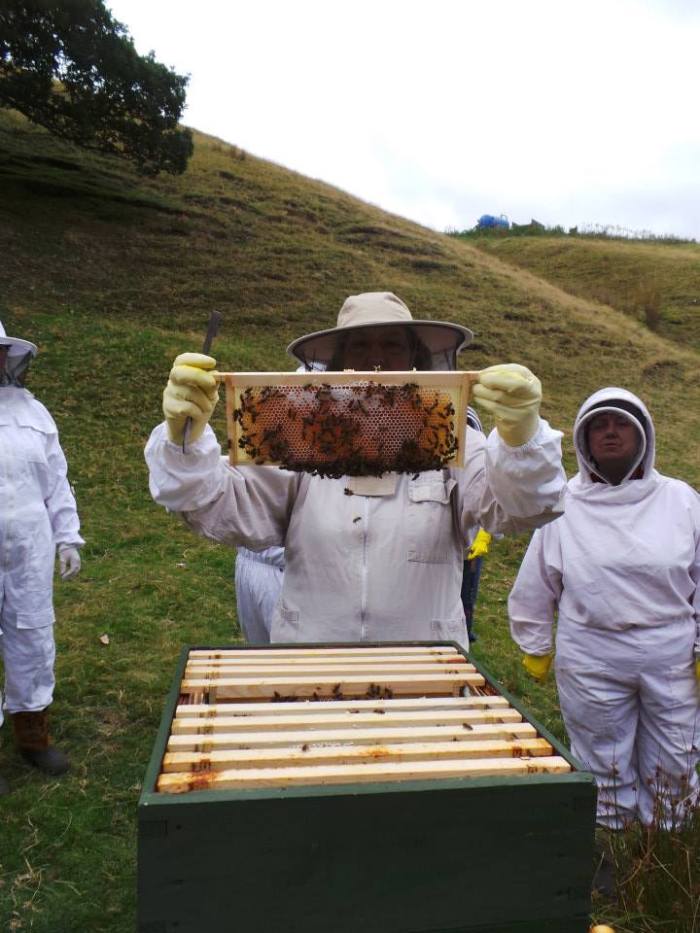 During the inspection, the beekeepers were looking for signs that the Queen bee was still laying eggs.  There was lots of honey for the bees to feast on ready for the winter ahead.  This made the beekeepers very happy, and doubly happy that they had lots of honey to enjoy for themselves. Heather honey is more expensive than most honeys. It’s a lot more difficult to extract and it’s a hard job for the bees to collect the pollen.   Because of that, I was told it can cost from £8 for 1lb (worth every penny I can assure you :D)

The smell of the honey from the hive was phenomenal. It was so strong. It was amazing being so close to the hive watching the little bees gorging themselves on honey, others busy running over the frames. The bees make honey anywhere they can.  I got to taste some that they had produced.  Making sure I’d walked well away from the hives and checking no bees had joined me, I got to taste heather honey for the first time…. yum yum yum! It was so delicious. The honeycomb was quite chewy, so when I’d finished I got rid of it. Making sure my veil was all tucked in again, I rejoined the group ready to take more pictures. 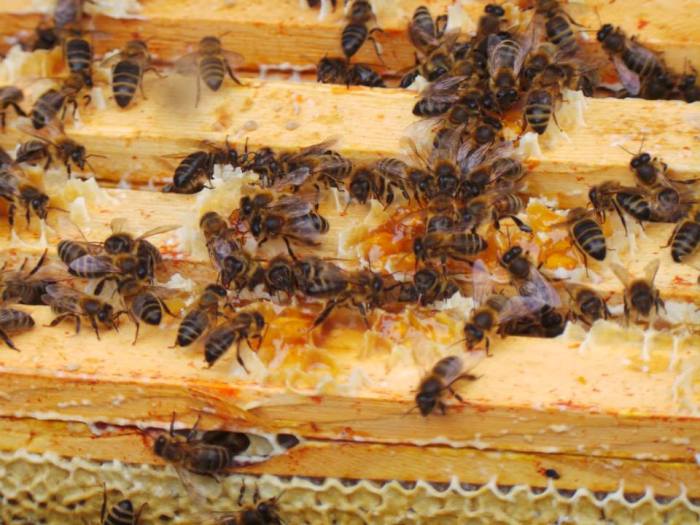 The difference in the pitch of bees from the different the hives was quite noticeable. You can tell which bees who are nice and calm, compared to the bees who are getting quite agitated after being moved around. This is where I had my very first encounter, up close and personal… the bees in one of the hives we were inspecting were very loud, bees flying everywhere… then the sound got EVEN LOUDER!… near my right ear! That’s when I completely flipped when I discovered a couple of bees had got into my veil (presumably from a gap where I’d not tucked myself in!) On the allotment I often have lots of bees buzzing around me and it doesn’t bother me at all… what did bother me in this case, was how close the bee was to my eyes.

The group were helpful and told me to walk away from the hive, arms flaying trying to keep the bee away… then bbuuuuzzzz! On my right temple – owchie! 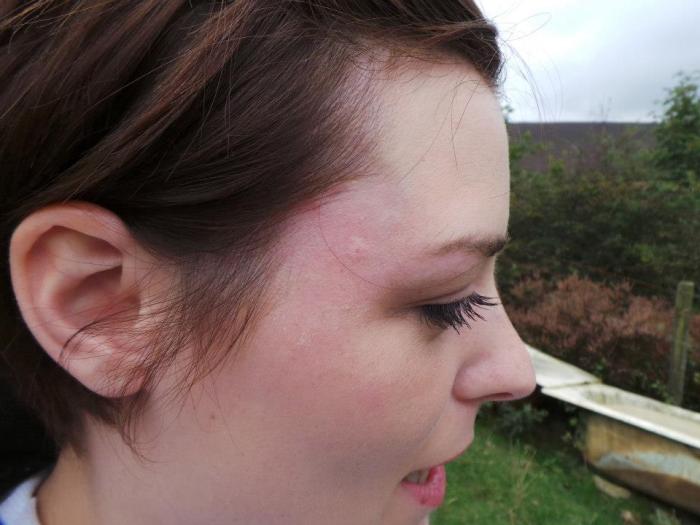 It didn’t hurt at first, but soon after a throbbing feeling started to take over the side of my face and head.  I took off the veil when I was well away from the group so I could be tended to by my beekeeper friends. The sting was still in my temple and it had to be squeezed out (eye wateringly painful!)

I had some antihistamine gel put on the sting, followed by tea tree ointment. I learnt that when a bee stings, it released a pheromone that warns the other bees that there is danger and to come and attack! One sting was enough for me! I put on a brave face but it was bloomin painful.  I had a throbbing headache.

Joining the group again smelling very potent with my tea tree (plus feeling a bit of a wally for full on panicking).  Everyone asked me how I was doing, I said ‘I’m fine thanks’. I didn’t mention that I was feeling a little bit wobbly and my heart was pounding, but it’s like falling off a bike – get back on straight away or you’ll be too scared to do it again.  Getting close to the hives wasn’t high on my list, but I still took pictures and chatted to everyone. 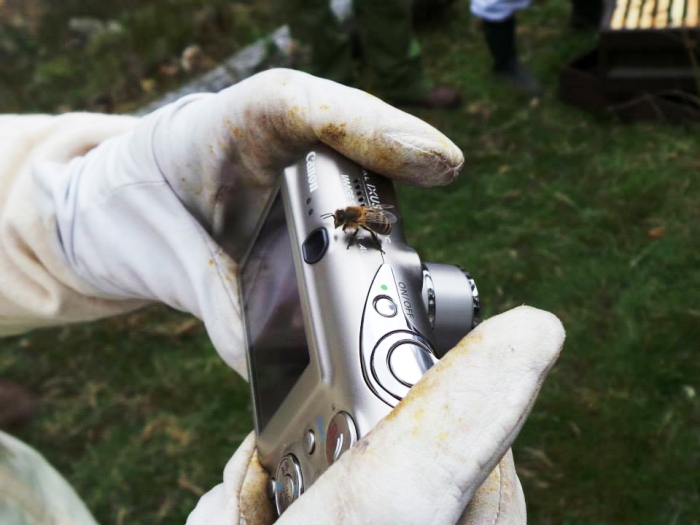 It’s amazing what you can learn talking to people and asking questions. It was great to be a part of such a friendly group. What a fab day out and a great experience (including getting stung – I’ve now been initiated into the bee world :D)

4 thoughts on “A Bee In My Bonnet”

Welcome to my blog, My Name Is Karrie Brown. I record our journey on our lottie plot 21a through my photography. There's nothing better than digging on the allotment with my husband Stew and our little dog Jassy (our buns Daisy and Alvin can't play! They'd eat our veggies)

Thanks For Stopping By…

I really hope you enjoy my lottie ramblings and pictures. Please do not copy any images or content with out crediting me. If you'd like to use anything - add a link back to my site :D Thanks everyone!
Loading Comments...
%d bloggers like this: